The programme drew to a close with a spectacular activity day at the GAA’s National Games Development Centre in Abbotstown last Saturday, May 12.

The Gaelic4Teens initiative aims to tackle the issue of player retention in the 15-17 age bracket and after a successful pilot in 2017, the programme was expanded for the current year.

The programme spanned eight weeks and culminated with a jam-packed day of activities in Abbotstown.

The clubs involved have been educated on how best to deal with teenage players and the ever-increasing pressure of lifestyle planning, with Gaelic4Teens adopting an educational approach on how to best approach the problem.

Clubs and coaches were educated on the needs and interests of teenage girls in sport, as coaches and co-ordinators from the 15 clubs attended two training days that were specifically designed to help them engage with teenage female players.

The training enabled coaches and clubs to reflect on their coaching behaviour and how they engage with players aged 15-17 years, with the ultimate aim of retaining those players within their clubs.

Clubs received six training sessions that were specifically tailored to this age group.

These differed from the sessions generally employed in other age grades, and the specialised sessions were then rolled out by the clubs.

The final day of the programme aimed to knit together all of the aspects of the previous weeks as players absorbed talks from Cliodhna O’Connor, Orlagh Farmer and Sharon Courtney on how to deal with life on and off the pitch. 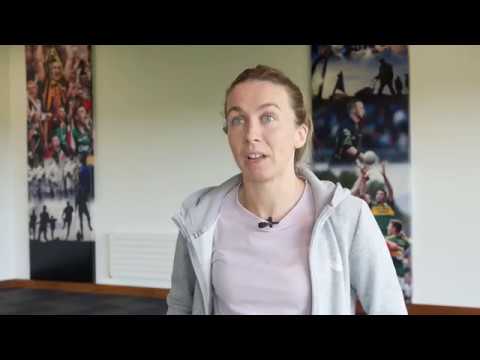 Orlagh Farmer and Sharon Courtney presented to the players on how to balance lifestyle demands while also delivering top nutrition and hydration tips.

Brendan Martin Cup winner Cliodhna O’Connor demonstrated the importance of having the self-confidence to execute the skills of the game with real purpose.

All players also participated in a series of non-competitive, small sided games on high-quality pitches in Abbotstown.

After completing the programme, the participating clubs will be armed with all the knowledge and skills necessary to retain players in their late teens, and their progress will be consistently monitored throughout the next year.

Ladies Gaelic Football Association CEO Helen O’Rourke commented: “We are pleased to have completed our second year of the successful Gaelic4Teens programme.

“Following last year’s excellent pilot, it was hugely encouraging and heartening to see the scheme evolve and grow in 2018.

“We are acutely aware of the challenges faced by teenagers in terms of balancing various commitments and this programme aims to equip them with some of the many skills required to do that.

“Huge credit is due to the clubs involved for registering their interest and participating in the programme.

“I’d also like to thank our leading inter-county stars who assisted greatly through the eight weeks, and again in Abbotstown on Saturday, while our development team has worked extremely hard to deliver an excellent programme.

“I look forward to Gaelic4Teens in 2019 and we will liaise closely with the clubs who have participated in 2017 and 2018, to monitor their progress.”

The LGFA’s National Development Manager, Lyn Savage, said: “We were very pleased to be leaders once again by providing an educational coaching programme that specifically targets players in their mid to late teens.

“There has been much discussion about the ‘drop-out’ age but we decided it was best to have a proactive approach to attracting and retaining players.

“We also realised that the emphasis of this programme needed to be on the clubs as much as the players.

“We have endeavoured to provide clubs with as much knowledge and practical advice as possible to enable them to retain these players that they have nurtured through their underage teams.

“We look forward to continuing our work with these clubs in the coming year and monitoring their progress as we look to roll out this programme on an annual basis.”

12 August 2022
https://www.youtube.com/watch?v=cK7aYjrIBvQ&feature=youtu.be An exclusive documentary produced by Her Sport will be aired on TG4 to celebrate and showcase the 30-year anniversary of Ladies Gaelic Football in the Big Apple. 30 Years...

11 August 2022
The Irish Times Sport Ireland Sportswoman of the Month for July 2022 is Meath Footballer Niamh O’Sullivan. Congratulations to Niamh O'Sullivan and her Meath team mates for claiming the TG4...
all related news