Lidl behind “Ladyball” Concept to Promote Partnership with LGFA

Lidl and the Ladies Gaelic Football Association (LGFA) will next week announce details of a partnership which will see the brand become the Official Retail Partner to the LGFA and the title sponsors of the Lidl Ladies National Football League, as well as grassroots activity.

Lidl have also confirmed that they were behind the “Ladyball” product which divided the world of social media over the past few days creating a much needed debate. The fabricated product and associated 360 degree marketing campaign was designed by Lidl, with the support of the LGFA, to put the spotlight on women in sport in Ireland and raise awareness of the difficulties female sports persons have in getting the same recognition as their male counterparts.

All Ireland winning Dublin footballer Ger Brennan, who is a strong advocate of women in sport, and Ladies Gaelic Football in particular, agreed to participate as a “Ladyball” spokesperson when he realised what Lidl wished to achieve.

Speaking about “Ladyball” and the Lidl sponsorship agreement LGFA president Marie Hickey said ‘I am delighted to announce the partnership between Lidl and the Ladies Gaelic Football Association. This is a very significant announcement for our sport and one that will see a huge investment in the game from a major brand. Through the “Ladyball” initiative Lidl has demonstrated their innovative and dedicated approach to supporting our sport. We hope to see everyone who spoke so passionately in women’s defence in this debate, channel that same energy into pitchside support during the coming season.’

Speaking on behalf of Lidl Ireland, Managing Director John Paul Scally says ‘We are delighted that our first ever sports sponsorship is with an organisation that shows so much ambition and promise for the future. The nature of our business means we are rooted in communities all over Ireland and this partnership will allow us to further engage with communities, clubs, schools and county teams and offer support through various initiatives and programmes over the coming three years. We look forward to revealing further details of this landmark partnership for Irish women’s sport on Thursday.’ 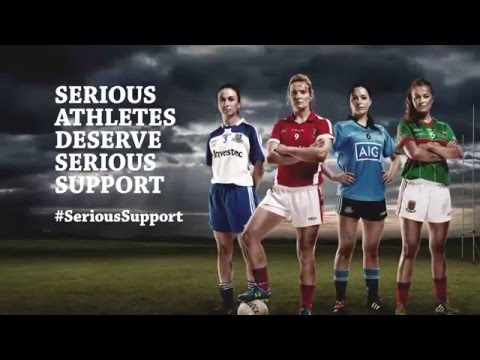 06 October 2022
THE Ladies Gaelic Football Association is pleased to announce the teams bidding to become 2022 LGFA Interfirms champions. All roads lead to the GAA’s National Games Development Centre in Abbotstown,...

06 October 2022
Kildare Ladies County Executive are delighted to announce they are recommending Diane O’Hora as the new Kildare intermediate team manager for ratification by the County Board. Diane’s experience as a...

06 October 2022
https://www.youtube.com/watch?v=XjR65RjWz74&feature=youtu.be Sports Direct, proud sponsors of the Ladies Gaelic Football Association’s Gaelic4Mothers&Others programme, has today unveiled the results from their second annual ‘My Reason Why’ survey, conducted with over 1,100...
all related news