San Diego All Star Tour to air on RTE Next Week

The TG4 Ladies All Star Tour recently saw the best players from the 2014 and 2015 Ladies Gaelic Football Seasons journey to San Diego for the LGFA All Star Tour.

42 of the best players in the country made the journey to the West Coast of the United States for the exhibition game and were accompanied by Marty Morrissey and crew of the RTE Nationwide programme.

The tour will be the focus of a pair of Nationwide programmes which will air on Monday and Wednesday next, April 11th & 13th, with both programmes going out at 7pm.

Here is a teaser for the programme filmed in San Diego where the Irish roots go back to the 1700’s but were boosted in the 1800’s as part of the fabled Gold Rush. 2 centuries later the Irish are returning as part of the TG4 All Star tour where Marty Morrissey took the opportunity to meet with some of the Irish people who have had a massive impact in their adopted homeland. Essential viewing for fans of Ladies Gaelic Football and those who have an interest in the growth in influence of the Irish abroad. 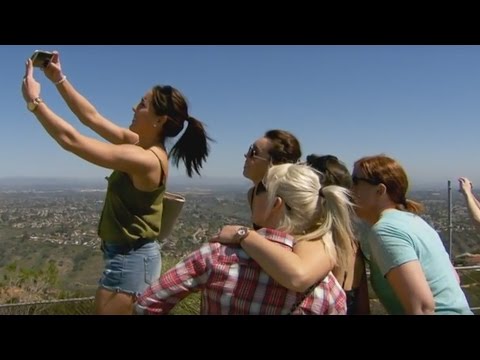 28 September 2022
https://www.youtube.com/watch?v=THA06hi5Y7A&feature=youtu.be Up to 500 players and mentors will take part in the annual Gaelic Football & Hurling Association of Australasia State Championships which begins this Thursday in Melbourne and is...

27 September 2022
CHAMPIONS Laois and Antrim lead the way in the 2022 TG4 Teams of the Junior and Intermediate Championships. These selections honour outstanding individual displays throughout the 2022 TG4 All-Ireland Championships...

Here is your list of upcoming county club championship fixtures

27 September 2022
Here is the list of latest county championship fixtures which have been submitted to the LGFA.  If your county wishes to have club fixtures/results publicised on a weekly basis, please email karen.togher@lgfa.ie with...
all related news