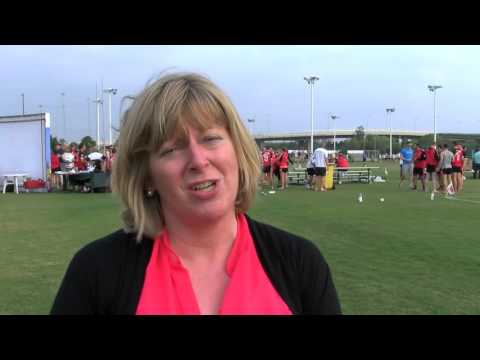 They discuss the remarkable rise of Ladies Gaelic Football across the world and in Asia where there were more female players than male for the second year in succession.

Joe begins the report with a tribute to Derry girl Lisa Orsi who played for Singapore Lions in the 2014 Final and tragically lost her life in early 2015. The Senior trophy, which is now named after Lisa, was presented by her family.

26 September 2022
We are delighted to announce that one post primary/ second level school from each county of Antrim, Armagh, Derry, Down, Fermanagh and Tyrone will be selected to participate in the...

Down memory lane as trailblazers honoured at Tyrone county finals

26 September 2022
LIDL IRELAND #SERIOUSSUPPORT SCHOOLS PROGRAMME IS BACK WITH A BANG FOLLOWING LIDL’S €10 MILLION INVESTMENT IN LADIES GAELIC FOOTBALL SPONSORSHIP  Lidl Ireland are pleased to announce the 2022 launch of its...
all related news