Donaghmoyne gained a measure of revenge for their defeat in the 2014 Ulster Championship final by defeating the same opposition, Termon from Donegal, to take their Ulster crown in Killyclogher last weekend. 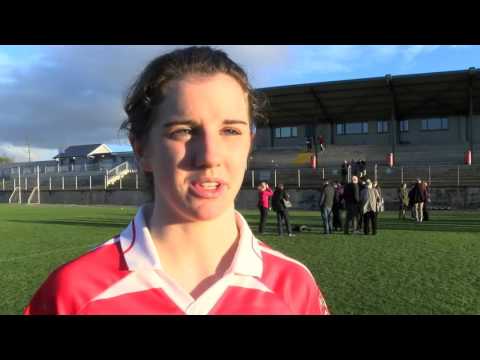 This was an important victory for the 2013 All Ireland Club Champions who will be hoping to emulate the achievements of Termon by annexing the All Ireland title themselves.

28 September 2022
https://www.youtube.com/watch?v=THA06hi5Y7A&feature=youtu.be Up to 500 players and mentors will take part in the annual Gaelic Football & Hurling Association of Australasia State Championships which begins this Thursday in Melbourne and is...

27 September 2022
CHAMPIONS Laois and Antrim lead the way in the 2022 TG4 Teams of the Junior and Intermediate Championships. These selections honour outstanding individual displays throughout the 2022 TG4 All-Ireland Championships...

Here is your list of upcoming county club championship fixtures

27 September 2022
Here is the list of latest county championship fixtures which have been submitted to the LGFA.  If your county wishes to have club fixtures/results publicised on a weekly basis, please email karen.togher@lgfa.ie with...
all related news